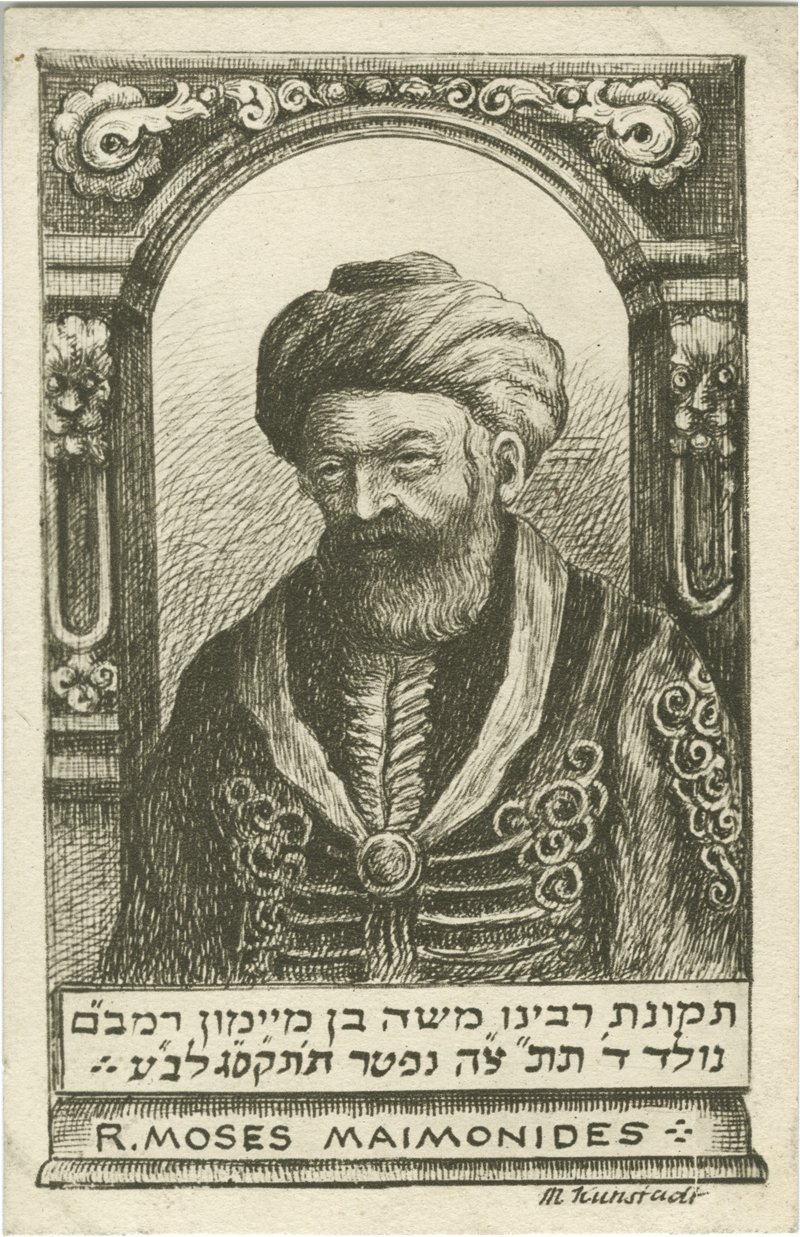 The Light In The Ark

"Through science - the knowledge of He who spoke and called the universe into existence - we gain a sense of the majesty and beauty, the almost infinite scope and intricate detail of creation and thus of the Creator. That is the source of love. Then, realizing how small we are and how brief our lives in the total scheme of things: that is the source of fear. Rabbi Lord Jonathan Sacks zt”l was an international religious leader, philosopher, and respected moral voice. The author of over 35 books, he received multiple awards in recognition of his work including the 2016 Templeton Prize. He was the recipient of 18 honorary doctorates, and was knighted by Her Majesty The Queen in 2005 and made a Life Peer, taking his seat in the House of Lords in October 2009. Rabbi Sacks zt”l served as the Chief Rabbi of the United Hebrew Congregations of the Commonwealth from 1991 to 2013. Rabbi Sacks zt”l was born on the 8th March 1948 and passed away on the 7th November 2020 (Shabbat Kodesh 20th Cheshvan 5781).

Discovering Torah, inside and out.

Amid all the drama of the impending flood and the destruction of almost all of creation, we focus on Noah building the ark, and hear one detailed instruction:

Make a tzohar for the ark and terminate it within a cubit of the top. (Gen. 6:16)

There is an obvious problem understanding what “tzohar” means, since the word does not appear anywhere else in Tanach. Everyone agrees that it is referring to a source of illumination. It is what will give light within the ark itself. But what exactly was it? Rashi quotes a Midrash in which two Rabbis disagree as to its meaning:

Some say this was a window; others say that it was a precious stone that gave light to them. (Genesis Rabbah 31:11)

The precious stone had the miraculous quality of being able to generate light within the darkness.

Bartenura suggests that what is at stake between the two interpretations is the etymology of the word tzohar itself. One relates it to the word tzahorayim, meaning “midday.” In that case, the brightness was to come from the sun, the sky, the outside. Therefore tzohar means “a window, a skylight.” The other view is that tzohar is related to zohar, “radiance,” which suggests something that radiates its own light, hence the idea of a miraculous precious stone.

Chizkuni and others suggest Noah had both: a window (from which he later released the raven, Gen. 8:6) and some form of artificial lighting for the prolonged period of the flood itself when the sun was completely overcast by cloud and the world was shrouded in darkness.

It remains fascinating to ask why the Rabbis of the Midrash, and Rashi himself, would spend time on a question that has no practical relevance. There will be – God promised this in this week’s parsha – no further flood. There will be no new Noah. In any future threat to the existence of the planet, an ark floating on the water will not be sufficient to save humankind. So why should it matter what source of illumination Noah had in the ark during those tempestuous days? What is the lesson for the generations?

I would like to offer a midrashic speculation. The answer, I suggest, lies in the history of the Hebrew language. Throughout the biblical era, the word tevah meant an ark – large in the case of Noah and the flood, small in the case of the papyrus basket coated with tar in which Yocheved placed the baby Moses, setting him afloat on the Nile (Ex. 2:3). More generally, it means “box.” However, by the time of the Midrash, tevah had come also to mean “word.”

It seems to me that the Rabbis of the Midrash were not so much commenting on Noah and the ark as reflecting on a fundamental question of Torah. Where and what is the tzohar, the brightness, the source of illumination, for the tevah, the Word? Does it come solely from within, or also from without? Does the Torah come with a window or a precious stone?

There were certainly those who believed that Torah was self-sufficient. If something is difficult in Torah it is because the words of Torah are poor in one place but rich in another.(Rosh Hashanah 3:5) In other words, the answer to any question in Torah can be found elsewhere in Torah. Turn it over and turn it over for everything is within it. (Mishnah Avot 5:22) This is probably the majority view, considered historically. There is nothing to be learned outside. The Torah is illuminated by a precious stone that generates its own light. This is even hinted at in the title of the greatest work of Jewish mysticism, the Zohar (see Bartenura above).

There were, however, other views. Most famously, Maimonides believed that a knowledge of science and philosophy – a window to the outside world – was essential to understanding God’s word. He made the radical suggestion, in the Mishnah Torah (Hilchot Yesodei ha-Torah 2:2), that it was precisely these forms of study that were the way to the love and fear of God. Through science – the knowledge of “He who spoke and called the universe into existence” – we gain a sense of the majesty and beauty, the almost infinite scope and intricate detail of creation and thus of the Creator. That is the source of love. Then, realizing how small we are and how brief our lives in the total scheme of things: that is the source of fear.

The case Maimonides made in the 12th century, long before the rise of science, has been compounded a thousand times with our accelerated knowledge of the nature of the universe. Every new discovery of the vastness of the cosmos and the wonders of the micro-cosmos, fills the mind with awe. “Lift up your eyes and look to the heavens: Who created all these?” (Is. 40:26).

Maimonides did not think that science and philosophy were secular disciplines. He believed that they were ancient forms of Jewish wisdom, that the Greeks had acquired from the Jews and sustained them at a time when the Jewish people, through exile and dispersion, had forgotten them. So they were not foreign borrowings. Maimonides was re-claiming a tradition that had been born in Israel itself. Nor were they source of independent illumination. They were simply a window through which the light of God’s created universe could help us decode the Torah itself. Understanding God’s world helps us understand God’s word.

This made a significant difference to the way Maimonides was able to convey the truth of Torah. So for example, his knowledge of ancient religious practices – albeit based on sources that were not always reliable – afforded him the deep insight (in The Guide for the Perplexed) that many of the Chukim, the statutes, the laws that seem to have no reason, were in fact directed against specific idolatrous practices.

His knowledge of Aristotelian philosophy enabled him to formulate an idea that exists throughout both Tanach and the rabbinic literature, but that had not been articulated so clearly before, namely that Judaism has a virtue ethic. It is interested not just in what we do but in what we are, in the kind of people we become. That is the basis of his groundbreaking Hilchot De’ot, Laws of Ethical Character.

This view, articulated by Maimonides, was developed in the modern age in a variety of forms. Devotees of Rabbi Samson Raphael Hirsch called it Torah im derech eretz, “Torah with general culture.” In Yeshiva University it came to be known as Torah u-Madda, “Torah and science.” Together with the late Aaron Lichtenstein zt”l, I preferred the phrase Torah ve-Chochmah, “Torah and wisdom,” because wisdom is a biblical category.

Recently, the science writer David Epstein published a fascinating book called Range, subtitled, How Generalists Triumph in a Specialised World. He makes the point that over-concentration on a single specialized topic is good for efficiency but bad for creativity. The real creatives, the Nobel prize winners, are often those who had outside interests, who knew other disciplines, or had passions and hobbies outside their subject. Even in a field like sport, for every Tiger Woods, who had a feel for golf even before he could speak, there is a Roger Federer, who exercised his skills in many sports before, quite late in youth, choosing to focus on tennis.

It was precisely Maimonides’ breadth of knowledge of science, medicine, psychology, astronomy, philosophy, logic, and many other fields that allowed him to be so creative in everything he wrote, from his letters, to his Commentary to the Mishnah, to the Mishnah Torah itself, structured differently from any other code of Jewish law, all the way to The Guide for the Perplexed. Maimonides said things that many may have sensed before, but no one had expressed so cogently and powerfully. He showed that it is possible to be utterly devoted to Jewish faith and law and yet be creative, showing people spiritual and intellectual depths they had not seen before. That was his way making a tzohar, a window for the tevah, the divine word.

On the other hand, the Zohar conceives of Torah as a precious stone that gives light of itself and needs none from the outside. Its world is a closed system, a very deep, passionate, moving, sustained search for intimacy with the Divine that dwells within the universe and within the human soul.

So we are not forced to choose either the one or the other. Recall that Chizkuni said that Noah had a precious stone for the dark days and a window for when the sun shone again. Something like that happened when it came to Torah also. During the dark days of persecution, Jewish mysticism flourished, and Torah was illuminated from within. During the benign days when the world was more open to Jews, they had a window to the outside, and so emerged figures like Maimonides in the Middle Ages, and Samson Raphael Hirsch in the 19th century.

I believe that the challenge for our time is to open a series of windows so that the world can illuminate our understanding of Torah and Torah guide us as we seek to make our way through the world.