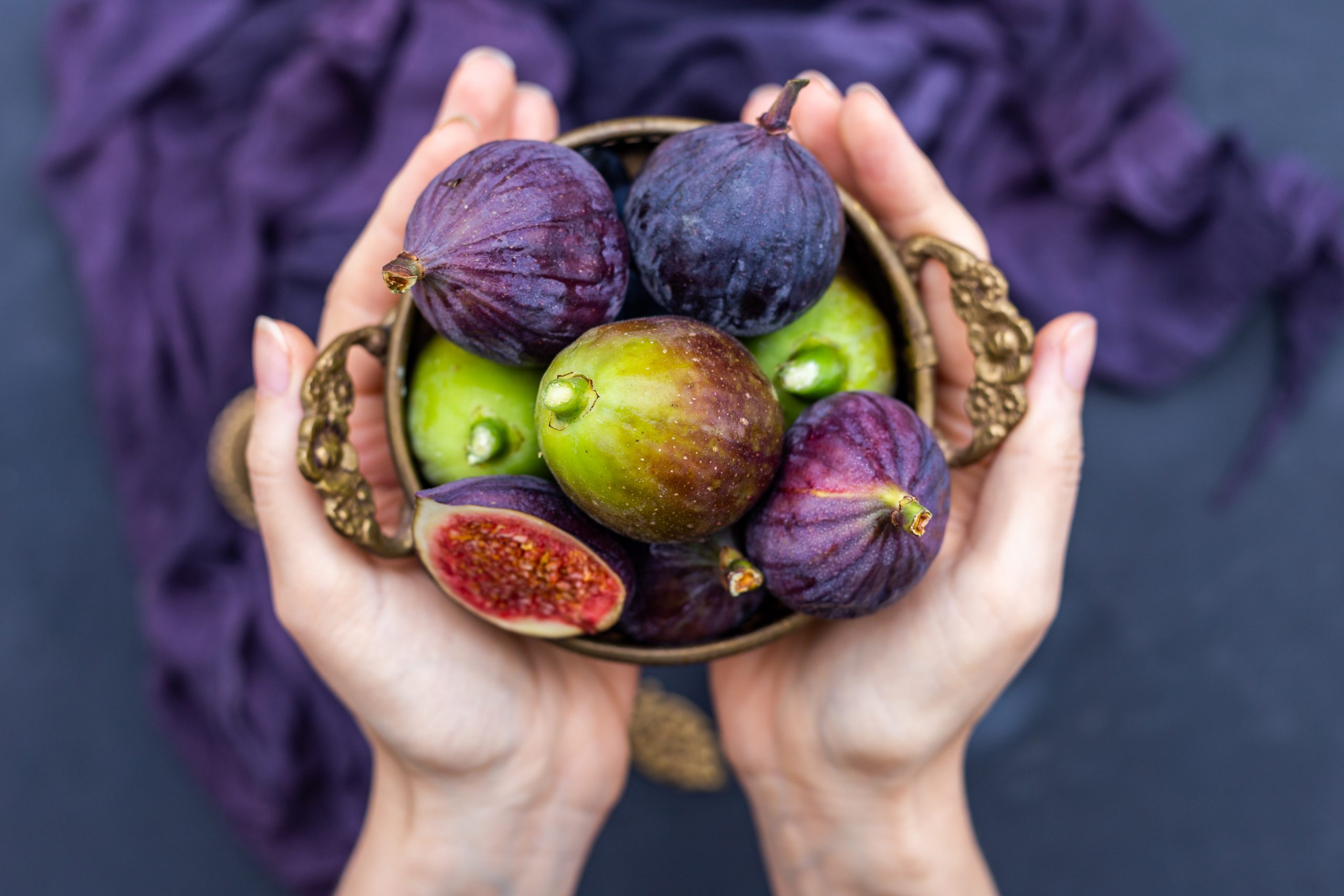 Ki Tavo:
A Nation Of Storytellers When you enter the land that Hashem, your God is giving you as a heritage, and you possess it and settle in it…

You shall take some of every first fruit of the soil, which you harvest from the land that Hashem, your God is giving you, put it in a basket and go to the place where Hashem, your God will choose to establish His name.

"By making the Israelites a nation of storytellers, Moses helped turn them into a people bound by collective responsibility - to one another, to the past and future, and to God."

The secret to Jewish longevity is our power of narrative.

Howard Gardner, professor of education and psychology at Harvard University, is one of the great minds of our time. He is best known for his theory of “multiple intelligences,” the idea that there is not one thing that can be measured and defined as intelligence but many different things – one dimension of the dignity of difference. He has also written many books on leadership and creativity, including one in particular, Leading Minds, that is important in understanding this week’s Torah portion.

Gardner’s argument is that what makes a leader is the ability to tell a particular kind of story – one that explains ourselves to ourselves and gives power and resonance to a collective vision. So Churchill told the story of Britain’s indomitable courage in the fight for freedom. Gandhi spoke about the dignity of India and non-violent protest. Margaret Thatcher talked about the importance of the individual against an ever-encroaching State. Martin Luther King told of how a great nation is color-blind. Stories give the group a shared identity and sense of purpose.

Philosopher Alasdair MacIntyre has also emphasized the importance of narrative to the moral life. “Man,” he writes, “is in his actions and practice as well as in his fictions, essentially a story-telling animal.” It is through narratives that we begin to learn who we are and how we are called on to behave. “Deprive children of stories and you leave them unscripted, anxious stutterers in their actions as in their words.”  To know who we are is in large part to understand of which story or stories we are a part.

The great questions – “Who are we?” “Why are we here?” “What is our task?” – are best answered by telling a story. As Barbara Hardy put it: “We dream in narrative, daydream in narrative, remember, anticipate, hope, despair, believe, doubt, plan, revise, criticize, construct, gossip, learn, hate and love by narrative.” This is fundamental to understanding why Torah is the kind of book it is: not a theological treatise or a metaphysical system but a series of interlinked stories extended over time, from Abraham and Sarah’s journey from Mesopotamia to Moses’ and the Israelites’ wanderings in the desert. Judaism is less about truth as system than about truth as story. And we are part of that story. That is what it is to be a Jew.

A large part of what Moses is doing in the book of Devarim is retelling that story to the next generation, reminding them of what God had done for their parents and of some of the mistakes their parents had made. Moses, as well as being the great liberator, is the supreme story teller. Yet what he does in Parshat Ki Tavo extends way beyond this.

He tells the people that when they enter, conquer and settle the land, they must bring the first ripened fruits to the central sanctuary, the Temple, as a way of giving thanks to God. A Mishnah in Bikkurim 3 describes the joyous scene as people converged on Jerusalem from across the country, bringing their first fruits to the accompaniment of music and celebration. Merely bringing the fruits, though, was not enough. Each person had to make a declaration. That declaration become one of the best known passages in the Torah because, though it was originally said on Shavuot, the festival of first fruits, in post-biblical times it became a central element of the Haggadah on seder night:

My father was a wandering Aramean, and he went down into Egypt and lived there, few in number, there becoming a great nation, powerful and numerous. But the Egyptians ill-treated us and made us suffer, subjecting us to harsh labour. Then we cried out to the LORD, the God of our ancestors, and the LORD heard our voice and saw our misery, toil and oppression. So the LORD brought us out of Egypt with a mighty hand and an outstretched arm, with great terror and with signs and wonders. (Deut. 26:5-8)

Here for the first time the retelling of the nation’s history becomes an obligation for every citizen of the nation. In this act, known as vidui bikkurim, the confession made over firstfruits, Jews were commanded, as it were, to become a nation of storytellers.

This is a remarkable development. Yosef Hayim Yerushalmi tells us that, “Only in Israel and nowhere else is the injunction to remember felt as a religious imperative to an entire people.” Time and again throughout Devarim comes the command to remember: Remember that you were a slave in Egypt. Remember what Amalek did to you. Remember what God did to Miriam. Remember the days of old; consider the generations long past. Ask your father and he will tell you, your elders, and they will explain to you.

The vidui bikkurim is more than this. It is, compressed into the shortest possible space, the entire history of the nation in summary form. In a few short sentences we have here “the patriarchal origins in Mesopotamia, the emergence of the Hebrew nation in the midst of history rather than in mythic prehistory, slavery in Egypt and liberation therefrom, the climactic acquisition of the land of Israel, and throughout – the acknowledgement of God as lord of history.”

We should note here an important nuance. Jews were the first people to find God in history. They were the first to think in historical terms – of time as an arena of change as opposed to cyclical time in which the seasons rotate, people are born and die, but nothing really changes. Jews were the first people to write history – many centuries before Herodotus and Thucydides, often wrongly described as the first historians. Yet biblical Hebrew has no word that means “history”. The closest equivalent is divrei hayamim, The Book of Chronicles. Instead it uses the root zakhor, meaning “memory.” (Historia is a Greek word meaning inquiry. The same word comes to mean, in Latin, a narrative of past events.)

There is a fundamental difference between history and memory. History is “his story,” an account of events that happened sometime else to someone else. Memory is “my story.” It is the past internalized and made part of my identity. That is what the Mishnah in Pesachim 10:5 means when it says, “Each person must see himself as if he (or she) went out of Egypt.”

Throughout the book of Devarim Moses warns the people – no less than fourteen times – not to forget. If they forget the past they will lose their identity and sense of direction and disaster will follow. Moreover, not only are the people commanded to remember, they are also commanded to hand that memory on to their children.

This entire phenomenon represents are remarkable cluster of ideas: about identity as a matter of collective memory; about the ritual retelling of the nation’s story; above all about the fact that every one of us is a guardian of that story and memory. It is not the leader alone, or some elite, who are trained to recall the past, but every one of us. This too is an aspect of the devolution and democratization of leadership that we find throughout Judaism as a way of life. The great leaders tell the story of the group, but the greatest of leaders, Moses, taught the group to become a nation of storytellers.

You can still see the power of this idea today. As I point out in my book The Home We Build Together, if you visit the Presidential memorials in Washington, you see that each carries an inscription taken from their words: Jefferson’s We hold these truths to be self-evident, Roosevelt’s The only thing we have to fear, is fear itself, Lincoln’s Gettysburg Address and his second Inaugural With malice toward none; with charity for all. Each memorial tells a story.

London has no equivalent. It contains many memorials and statues, each with a brief inscription stating who it represents, but there are no speeches or quotations. There is no story. Even the memorial to Churchill, whose speeches rivalled Lincoln’s in power, carries only one word: Churchill.

America has a national story because it is a society based on the idea of covenant. Narrative is at the heart of covenantal politics because it locates national identity in a set of historic events. The memory of those events evokes the values for which those who came before us fought and of which we are the guardians.

A covenantal narrative is always inclusive, the property of all its citizens, newcomers as well as the home-born. It says to everyone, regardless of class or creed: this is who we are. It creates a sense of common identity that transcends other identities. That is why, for example, Martin Luther King was able to use it to such effect in some of his greatest speeches. He was telling his fellow African Americans to see themselves as an equal part of the nation. At the same time, he was telling white Americans to honor their commitment to the Declaration of Independence and its statement that “all men are created equal”.

England does not have the same kind of national narrative because it is based not on covenant but on hierarchy and tradition. England, writes Roger Scruton, “was not a nation or a creed or a language or a state but a home. Things at home don’t need an explanation. They are there because they are there.” England, historically, was a class-based society in which there were ruling elites who governed on behalf of the nation as a whole. America, founded by Puritans who saw themselves as a new Israel bound by covenant, was not a society of rulers and ruled, but rather one of collective responsibility. Hence the phrase, central to American politics but never used in English politics: “We, the people.”

By making the Israelites a nation of storytellers, Moses helped turn them into a people bound by collective responsibility – to one another, to the past and future, and to God. By framing a narrative that successive generations would make their own and teach to their children, Moses turned Jews into a nation of leaders. 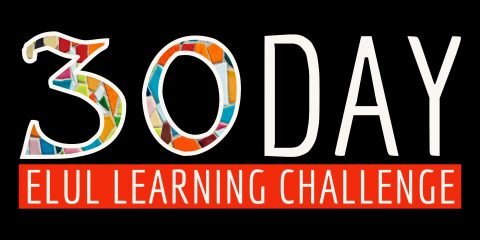