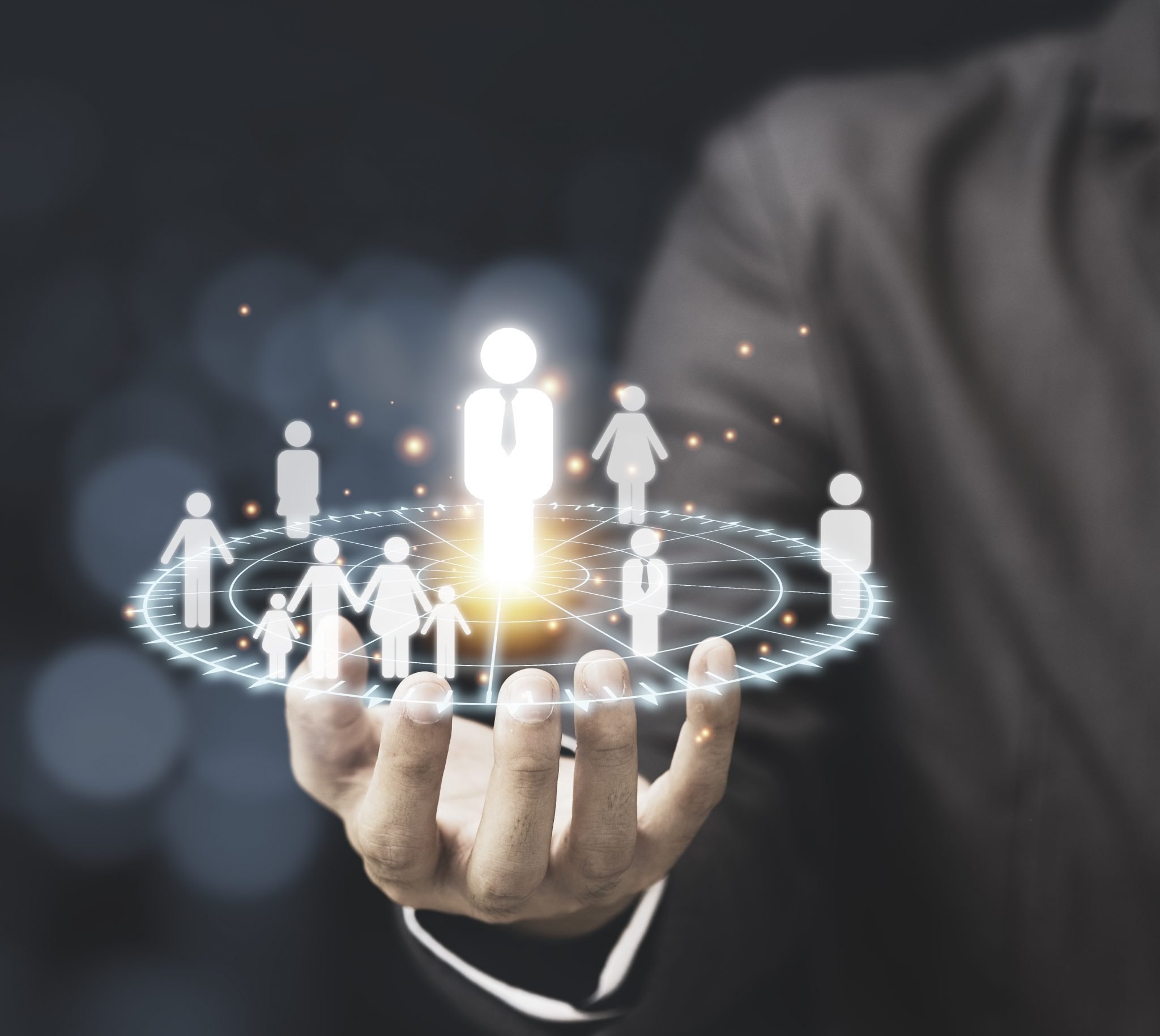 "These are where community, kehillah lives most powerfully: on Shabbat when we lay aside our private devices and desires and come together as a community, and the synagogue, where community has its home."

Recent scientific research shows the extraordinary power of communities and social networks to shape our lives.

The Torah describes the infamous episode when Moses performs the very first example of  tikkun olam, a mending of the past and rectification of what was broken, namely the sin of the Golden Calf. The Torah signals this by using essentially the same word at the beginning of both episodes. It eventually became a key word in Jewish spirituality: k-h-l, “to gather, assemble, congregate.” From it we get the words kahal and kehillah, meaning “community”. Far from being merely an ancient concern, it remains at the heart of our humanity.

First, the biblical story. The episode of the Golden Calf began with these words:

“When the people saw that Moses was so long in coming down from the mountain, they gathered themselves [vayikahel] around Aaron …” (Ex. 32:1).

After having won God’s forgiveness and bringing down a second set of tablets, Moses begins the work of rededicating the people:

Note, too, exactly what Moses does at this point. He directs their attention to the two great centers of community in Judaism, one in space, the other in time. The one in time is Shabbat. The one in space was the Mishkan, the Tabernacle, that led eventually to the Temple and later to the synagogue. These are where kehillah lives most powerfully: on Shabbat when we lay aside our private devices and desires and come together as a community, and the synagogue, where community has its home.

Judaism attaches immense significance to the individual. Every life is like a universe. Each one of us, though we are all in God’s image, is different, therefore unique and irreplaceable. Yet the first time the words “not good” appear in the Torah are in the verse, “It is not good for man to be alone” (Gen. 2:18). Much of Judaism is about the shape and structure of our togetherness. It values the individual but does not endorse individualism.

Ours is a religion of community. Our holiest prayers can only be said in the presence of a minyan, the minimum definition of a community. When we pray, we do so as a community. Martin Buber spoke of I-and-Thou, but Judaism is really a matter of We-and-Thou. Hence, to atone for the sin the Israelites committed as a community, Moses sought to consecrate community in time and place.

This has become one of the fundamental differences between tradition and the contemporary culture of the West. We can trace this in the titles of three landmark books about American society. In 1950, David Riesman, Nathan Glazer and Reuel Denney published an insightful book about the changing character of Americans, called The Lonely Crowd. In 2000 Robert Putnam of Harvard published Bowling Alone, an account of how more Americans than ever were going ten-pin bowling but fewer were joining bowling clubs and leagues. In 2011, Sherry Turkle of MIT published a book on the impact of smartphones and social networking software called Alone Together.

Listen to those titles. They are each about the advancing tide of loneliness, successive stages in the long, extended breakdown of community in modern life. In the 1985 book Habits of the Heart: Individualism and Commitment in American Life, Robert Bellah put it eloquently when he wrote that “social ecology is damaged not only by war, genocide and political repression. It is also damaged by the destruction of the subtle ties that bind human beings to one another, leaving them frightened and alone.”

That is why the two themes of Vayakhel – Shabbat and the Mishkan, today the synagogue – remain powerfully contemporary. They are antidotes to the attenuation of community. They help restore “the subtle ties that bind human beings to one another.” They reconnect us to community.

Consider Shabbat. In the 1983 book, Spheres of Justice, Michael Walzer, the Princeton political philosopher, draws attention to the difference between holidays and holy days (or as he puts it, between vacations and Shabbat). The idea of a vacation as a private holiday is relatively recent. Walzer dates it to the 1870s. Its essence is its individualist (or familial) character. “Everyone plans his own vacation, goes where he wants to go, does what he wants to do.” Shabbat, by contrast, is essentially collective: “you, your son and daughter, your male and female servant, your ox, your donkey, your other animals, and the stranger in your gates.” It is public, shared, the property of us all. A vacation is a commodity. We buy it. Shabbat is not something we buy. It is available to each on the same terms: “enjoined for everyone, enjoyed by everyone.” We take vacations as individuals or families. We celebrate Shabbat as a community.

Something similar is true about the synagogue – the Jewish institution, unique in its day, that was eventually adopted by Christianity and Islam in the form of the church and mosque. We noted above Robert Putnam’s argument in Bowling Alone, that Americans were becoming more individualistic. There was a loss, he said, of “social capital,” that is, the ties that bind us together in shared responsibility for the common good.

A decade later, Putnam revised his vies in his 2010 thesis, American Grace: How Religion Divides and Unites Us. Social capital, he said, still exists, and you can find it in churches and synagogues. Regular attendees at a place of worship were – so his research showed – more likely than others to give money to charity, engage in voluntary work, donate blood, spend time with someone who is depressed, offer a seat to a stranger, help find someone a job, and many other measures of civic, moral and philanthropic activism. They are, quite simply, more public spirited than others. “Regular attendance at a house of worship is the most accurate predictor of altruism, more so than any other factor, including gender, education, income, race, region, marital status, ideology and age.”

Most fascinating of his findings is that the key factor is being part of a religious community. What turned out not to be relevant is what you believe. The research findings suggest that an atheist who goes regularly to a house of worship (perhaps to accompany a spouse or a child) is more likely to volunteer in a soup kitchen than a fervent believer who prays alone. The key factor again is community.

This may well be one of the most important functions of religion in a secular age, namely, keeping community alive. Most of us need community. We are social animals. Evolutionary biologists have suggested recently that the huge increase in brain size represented by Homo sapiens was specifically to allow us to form more extended social networks. It is the human capacity to co-operate in large teams – rather than the power of reason – that marks us off from other animals. As the Torah says, it is not good to be alone.

Recent research has shown something else as well. Who you associate with has a powerful impact on what you do and become. In 2009 Nicholas Christakis and James Fowler did statistical analysis of a group of 5,124 subjects and their 53,228 ties to friends family and work colleagues. They found that if a friend takes up smoking, it makes it significantly more likely (by 36 per cent) that you will. The same applies to drinking, slenderness, obesity, and many other behavioral patterns. We become like the people to who we are the closest.

A study of students at Dartmouth College in the year 2000 found that if you share a room with someone with good study habits, it will probably raise your own performance. A 2006 Princeton study showed that if your sibling has a child, it makes it 15 per cent more likely that you will within the next two years. There is such a thing as “social contagion.” We are profoundly influenced by our friends – as indeed Maimonides states in his law code, the Mishneh Torah (Laws of Character Traits, 6:1).

Which brings us back to Moses and Vayakhel. By placing community at the heart of the religious life and by giving it a home in space and time – the synagogue and Shabbat – Moses was showing the power of community for good, as the episode of the Golden Calf had shown its power for bad. Jewish spirituality is for the most part profoundly communal. Hence my definition of Jewish faith: the redemption of our solitude.