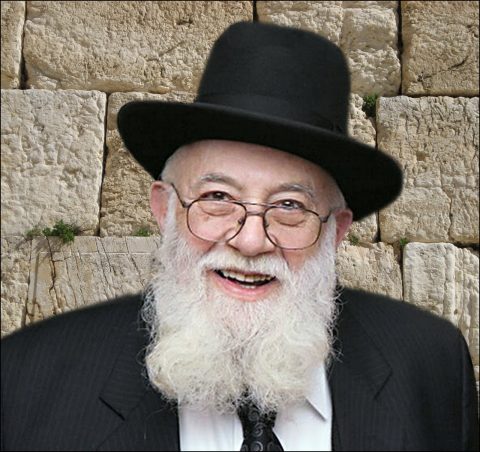 "When someone is physically hurt, everyone jumps for bandages, water, CPR, whatever it takes. But when the pain is emotional or spiritual, if someone is depressed and suffering, we don't know what to do. So we avoid the situation. Yet these are the times we should go beyond ourselves to share another's pain. Because in truth, a broken heart is worse than a broken arm."

Sensitizing yourself to the pain of others will give you renewed awareness for living.

When you’re feeling down, has anyone ever slapped you on the back and said, “C’mon, cheer up – you’ve got everything to live for!” You probably felt like clocking him. Why? Because even though he’s trying to help, he doesn’t feel where you’re at.

The Torah tells us it is important to be Nosay b’ol im chaveiro – literally “carry your friend’s burden.” In other words, be aware and share the pain of others. You can’t cruise through life as if it’s an obstacle course: watch out, here’s a human being, manipulate him, score a point, one upmanship. That’s not the way. You have to share the burden.

When someone is physically hurt, everyone jumps for bandages, water, CPR, whatever it takes. But when the pain is emotional or spiritual, if someone is depressed and suffering, we don’t know what to do. So we avoid the situation. Yet these are the times we should go beyond ourselves to share another’s pain. Because in truth, a broken heart is worse than a broken arm.

Be aware that everyone has dozens of burdens they’re struggling with (whether they’re conscious of them or not) – problems of self-respect, unfulfilled plans, failures, doubts, inadequacies. That’s all part of the challenge of sorting through life.

If you want to live in a “humane” world, you’ve got to get out of yourself and feel other people’s problems. You can’t live blindfolded in a world where “there’s no one else except me.”

Put Yourself in His Place

The first step in sharing the burden is to see others as real people, not as objects. It’s accepted social behavior to greet people with a hearty, “How are you!” – but the last thing we want is for them to actually tell us!

Be observant. Is this person happy or sad? Weak or strong? Afraid or confident? Appreciate that others’ problems, hopes, dreams, and aspirations are just as real as yours. Focus by asking yourself: “What is their burden?” Use your imagination to feel how it is weighing them down.

Despite the burden, people often cover up their true emotions. Don’t always assume that what appears on the outside is a reflection of the inside. Someone may look neat and orderly, yet inside he is in terrible turmoil.

Put yourself in the other guy’s shoes. How does it feel to be elderly? Weak? Hard of hearing? Without teeth? To lose a parent? How is he feeling his first day on the job? What’s it like moving into a new neighborhood? Ask yourself: If I was him, how would I feel? The clerk in the post office has a tough job. What’s he going through? Or if someone cuts in line – notice how he’s under tension.

Focus and make it real. When you speak with an elderly person, for instance, try to imagine him as creative and dynamic, who was once as young as you. And what about children? It’s easy to treat them as little playthings, forgetting they are highly insightful and sensitive.

Where is He Coming From?

All of us use powers of perception – instinctive, emotional or intellectual – to size up people. We do this subconsciously. When somebody sits next to you on the plane, you’re figuring him out. We have the power. Now make more conscious use of it.

We all get into arguments with other people, and wonder how they can possibly think that way! That’s why we need to see the world from our critic’s perspective.

Suppose, for example, your parents are lecturing you on how you’re wasting your life. (In other words, you’re not meeting their expectations!) Don’t retaliate, don’t escalate, don’t try to out-bombard them with name-calling. Instead, get into their shoes. Feel their anxiety. Consider how it would feel if you had a child you were worried about. What’s bothering them? They’re worried about me. They’re anxious, thinking I’m going to waste my life. And they feel badly about it.

Every person is a whole world unto himself, with a different outlook than your own. Take the time to go into their world and see what they think. Don’t be so quick to impose your own opinion; inquire about theirs. Listen. Seeing things from another’s perspective will, at the very least, reduce your anger and increase your empathy.

When you get into a disagreement, don’t focus solely on the logic and justice of your position. Try to figure out the other person’s problem – is something blocking him from seeing the truth?

Feel where your friend is stuck. He doesn’t want to admit he made a mistake. So don’t keep pushing. He probably doesn’t like the conclusion because he’ll be uncomfortable. So relax him.

Don’t retaliate against people as if they were objects. If your employee doesn’t do his job, perhaps he needs a little guidance, or a little appreciation.

Similarly, when you’re teaching someone, don’t just communicate one way. See if he’s listening, if he’s interested, accepting, denying, energized, disturbed, pleased. You have to feel it. That’s perception.

It goes the other way, too. When you have a teacher who’s communicating knowledge, go beyond his words. Try to appreciate on a personal level what it means to him. You’re tapping into a new dimension. That’s the way to learn wisdom.

To appreciate the problems encountered by a blind person, try blindfolding yourself for a day. Or go to the hospital to visit patients who have lost limbs. This makes you real with the suffering of others, and you’ll be more responsive when others need help.

When a person knows you understand what he is feeling, the burden instantly becomes lighter. Imagine that a friend’s parent has just died. You go to visit him, and even if he doesn’t want to talk, just sitting there quietly makes his burden a little less heavy. He knows that you’re feeling with him.

This applies to a sick person, too. Your visit can make him feel better – even healthier. If you spend the time and he knows that you feel with him, you’ve lightened his burden. You may not realize it, but it helps.

Beyond this, don’t just empathize. See if there is a way to get directly involved to help ease the burden. For a sick person, that might mean opening the window, a foot rub, or praying with him.

You Were There Once Before

Sometimes a poor person becomes rich, and from then on, he purposely avoids poor people. The reminder is too painful.

Judaism says the opposite: Whenever you have suffered the same thing that someone else is suffering, you have a particular obligation to show empathy.

That’s why the Torah says: “You shall love the stranger because you were strangers in Egypt.” The Jewish experience in Egypt makes us more sensitive to the plight of others. We can feel it because we’ve been there. Even if it was our ancestors, our collective national memory creates a particular obligation to be sensitive.

It All Starts at Home

The first place to implement these ideas is with family and friends. A lack of understanding and empathy is the major reason why families feud. When you come home, put yourself in a “sensitive” frame of mind; think about what your spouse is going through. Feel what they go through each day in making the family function smoothly. Talk about it and show that you recognize how hard they work. Discover new ways to help.

Similarly, imagine a teenager coming home and plunking down in front of the TV with a plate of food. That’s an insult. It’s like the parental units are just pieces of furniture who pay the bills. Take a look at your mother when you walk in. Is something on her mind? Ask if you can help in some way.

Particularly with people to whom you’re constantly exposed, focus:

The ones you are most obligated to care for are your children. You love them. But do you feel where they’re coming from? That takes the difficult realization that they are independent entities. And that means you have to stop focusing on your own hurt that perhaps they’re not accomplishing what you want from them.

Millions of parents are fighting with their kids. They love their children most of all – yet they are spreading misery and hatred. It’s tragic. And it’s all because they don’t feel the other person.

Reaching Out to Humanity

Eventually you have to widen your horizons. Become keenly sensitized to all suffering – even those you don’t know. When you hear a news report of someone who was stabbed, feel for him. Feel how it is to be isolated at home and unable to move around. Feel what it’s like to be poor and what that means for one’s self-respect. Feel for those who are most vulnerable – widows and orphans. Otherwise you become callous.

When we “share the burden” with someone who’s depressed, we are inoculated against this ourselves. We begin to see life more objectively. And we are comforted with the knowledge that people may be feeling and experiencing the same things as we are.

You can walk around claiming to be a good person… and you can talk about it… but unless you feel it inside, you’re not dealing with realities.

Sensitivity to the Divine

When you have children, you’ll find that you can’t coerce them into obedience. You can’t dehumanize them. You have to allow them to make their own mistakes. That’s for their own good. They have to be independent.

We humans make a lot of mistakes, and the Almighty (as it were) suffers with our insanity. Feel for the Almighty. He created a beautiful world, full of great potential – and He suffers to see so much waste, when He sees His children in confusion.