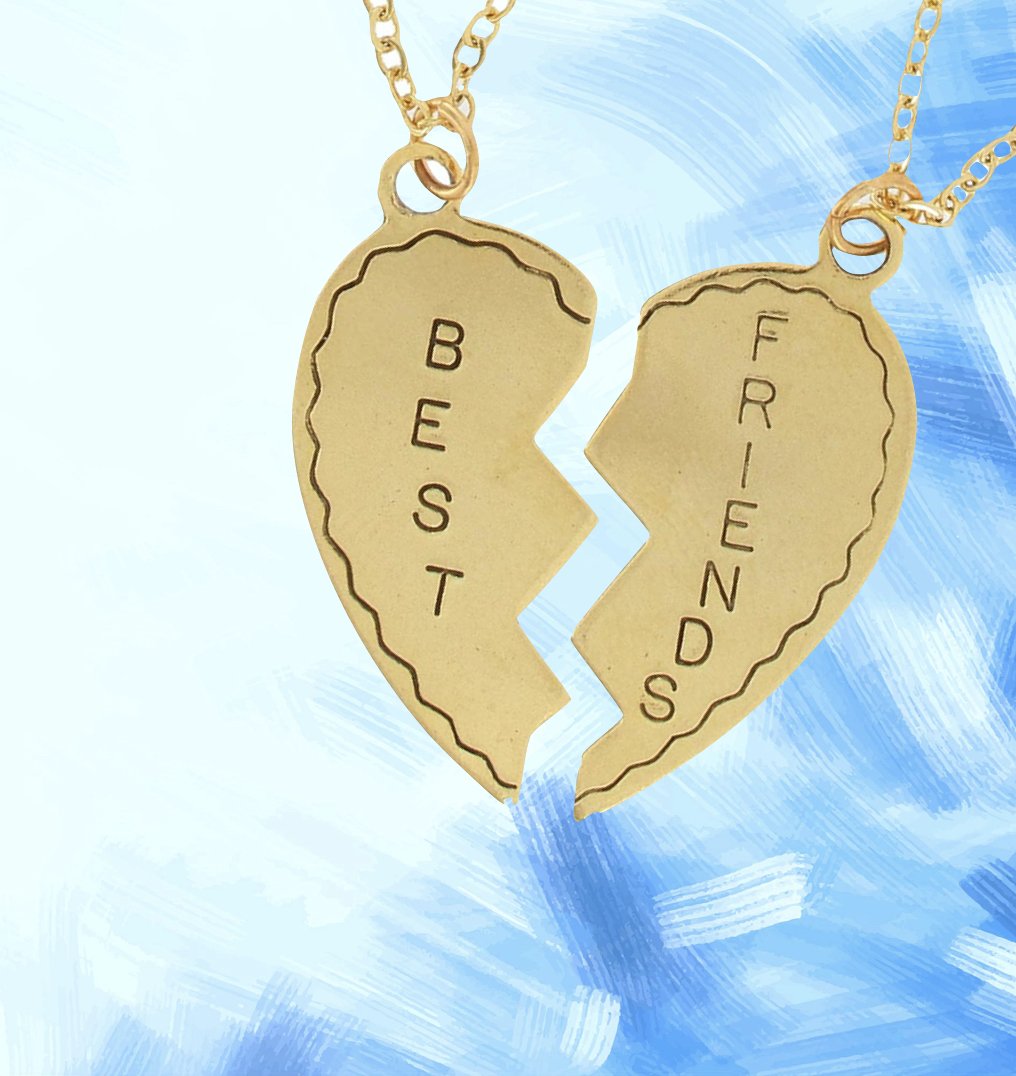 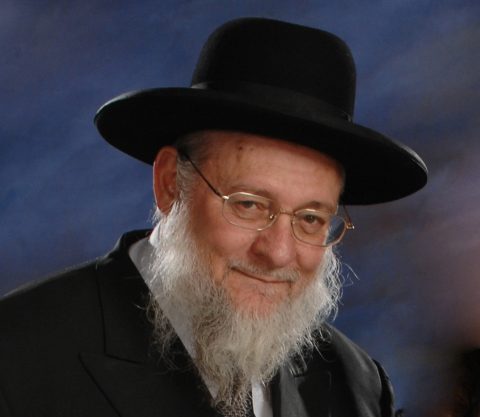 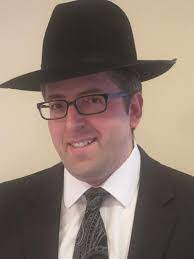 "Everyone needs companionship. We need a person who understands us, with whom we can 'let our hair down' and communicate openly without any pretenses. We need someone we can turn to and talk about anything. We all need to think through the many challenges we face and a good friend helps us bring out the best within ourselves."

The Friend of My Friend

Loving your neighbor and yourself is loving Hashem, because we were all created in His image, and therefore we must emulate Him

The Talmud (Sotah 14a) instructs us in the Mitzvah of imitating God in all His ways. Just as God clothes the naked, visits the sick, comforts mourners and buries the dead, so should you emulate His example. Maimonides (Mourning 14:1) mentions all the above Mitzvot, but gives another source: the Torah commandment to “love your friend as yourself.”

Why the twofold source for the Mitzvah of performing acts of kindness?

Rabbi Akiva said, “Love your neighbor as yourself – this is a great rule in Torah.” Ben Azzai said, “This is the book of the generations of man … in the image of God was man fashioned” is a greater rule, for one should not say, ‘Since I was shamed, so, too, should my friend be shamed with me. Since I was cursed, so, too, let my friend be cursed with me.’ “

Rabbi Akiva, as Hillel before him, saw in the commandment “Love your friend as yourself” the foundation of the entire Torah. The purpose of the entire Torah, Maimonides says (Chanukah 4:14), is to bring peace and harmony to the world, and in order to achieve this, one must conduct himself so that those things which are hateful and repulsive to him are not done to his friend.

Ben Azzai, however, feared rooting a person’s conduct toward others in his own subjective feelings and making what is hateful to him the standard for his conduct toward others. There is always a danger that a person might become hardened or insensitive to being shamed or cursed after repeated instances, and thus less sensitive to the need not to humiliate or curse others. Therefore, said Ben Azzai, “in the image of God was man fashioned,” is a more all-encompassing source for our duties to our fellow men.

(Rabbi Akiva agreed with Ben Azzai that an appreciation of the intrinsic worth of the individual is crucial, but felt it was implied in the words “as yourself.” A person must first have a proper understanding of his own intrinsic self-worth in order to fulfill the Mitzvah to relate to his friend in a similar fashion.)

There are two reasons for the respect the Torah requires us to show others. One is communal; the other focuses on the individual. The first arises out of the desire to bring peace and harmony to the world; the second because each human being intrinsically deserves the respect and honor befitting one created in the Divine Image. On the one hand, the Torah is concerned with the individual and the development of the Divine Image within him; on the other hand the Torah is concerned with the community, with the social interactions between people.

The Torah exhorts us, “Do not spread gossip.” Respect the privacy of the individual. And likewise, “Do not stand by with respect to your friend’s blood” – be willing to exert efforts to save the life of a fellow Jew, for every Jew is an entire world.

At the same time, do not lose sight of the equal importance for unity and interaction. Thus, “Do not despise your brother and distance yourself from him by harboring negative feelings in your heart,” thereby causing division in the common soul that binds all Jews. Likewise, the Torah continues with a command to recognize our responsibility to others by reproving them when necessary. Do not say: I’ll mind my own business; live and let live.’ Your fellow Jew is your business.

The command, “Do not take revenge” also forces us to recognize the communal nature of the Jewish people. The Jerusalem Talmud compares taking revenge on a fellow Jew to one who accidentally strikes his left hand while hammering – and then takes the hammer into his bruised left hand and strikes his right hand!

Now we can understand the necessity for two sources in the Torah for deeds of kindness. On the one hand, one must do kindness out of recognition of the intrinsic value of his fellow Jew, who is a reflection of the Divine Image. In addition, one must also consider the ramifications of his actions on society, and do kindness to promote peace and harmony on a communal level.

Both of these aspects are fundamental and crucial to the proper service of Torah. The students of Rabbi Akiva – despite learning from their teacher that loving one another as themselves is the basis of the entire Torah – failed to adequately honor the Divine Image in each other or acknowledge one another as partners in developing society.

This reinforces our recognition of respect for our fellow man as the basis of our relationship with God. We must appreciate our own individual worth as human beings created in God’s image, as well as the intrinsic worth of all our fellow Jews. At the same time, we must also recognize the equal importance of the group and our need to unite peacefully and harmoniously into a cohesive community.

Everyone needs that one person who understands us and with whom we can communicate openly without any pretenses.

When Morrie Schwartz was diagnosed with amyotrophic lateral sclerosis (ALS, Lou Gehrig’s disease), a fatal and ruthless illness of the neurological system, he refused to become depressed. As Mitch Albom describes in his book, Tuesdays with Morrie:

“He became a lightening rod of ideas. He jotted down his thoughts on yellow pads, envelopes, folders, scrap paper. He wrote bit-sized philosophies about living with death’s shadow: ‘Accept what you are able to do and what you are not able to do’; ‘Learn to forgive yourself and to forgive others’; ‘Don’t assume that it’s too late to get involved.’ After a while, he had more than fifty of these ‘aphorisms’ which he shared with friends. One friend, a fellow Brandeis professor named Maurie Stein, was so taken with the words that he sent them to a Boston Globe reporter, who came out and wrote a long feature story on Morrie. The headline read: A Professor’s Final Course: His Own Death.”\

Eventually, the producer for Ted Koppel’s Nightline program got wind of Morrie’s story and scheduled an interview at Morrie’s house. The first interview went very well and was widely viewed. Hundreds of letters poured in. Thus, Nightline decided to run a follow-up show where Ted Koppel discussed the following with Morrie:

“He asked Morrie about silence. He mentioned Maurie Stein, who had first sent Morrie’s aphorisms to the Boston Globe. (Maurie and Morrie were dear friends.) They had been together at Brandeis since the early sixties. Now Stein was going deaf. (What would happen when Morrie would lose his ability to speak, an eventual consequence of ALS?) Koppel imagined the two men together, one day, one unable to speak, the other unable to hear. What would that be like?

‘We will hold hands,’ Morrie said. ‘And there will be a lot of love passing between us. Ted, we’ve had thirty-five years of friendship. You don’t need speech or hearing to feel that.”

Morrie’s response is reminiscent of an old Chassidic story. There were two Chassidic leaders, the Ropschitzer and Rimonover Rebbes, who were old friends since their youth but who were so busy with their own respective congregations, they found few opportunities to stay in contact and see each other, despite living in nearby cities. Their only contact was a weekly letter that the Ropschitzer Rebbe sent to the Rimonover and its response.

This system went on for years. For all that time, the attendant transported the letters, imagining all the mystical secrets that the letters contained. Being the carrier of such important letters made him feel prominent, and enabled him to continue in this burdensome task.

Finally, the attendant’s curiosity got the better of him. He could no longer control himself and had to know what was in the letters. One Friday, while traveling in the depth of the forest, he carefully opened the Ropschitzer’s letter and was shocked at the contents, or lack thereof. What did the letter say?

The attendant was fuming. He had to let off his steam to his Rebbe, the Ropschitzer, despite the embarrassment of his having opened the letters.

“Rebbe,” the attendant said, “I refuse to carry your weekly letter to your friend the Rimonover anymore! I opened the letters this week, hoping to discover mystical secrets, but found them basically blank! What kind of a game is it to send me walking for miles to offer an empty letter! I will not be taken for a fool anymore!”

The Rebbe responded, “I understand your frustration and I am not upset at you. But please understand, the letters you have been carrying all these years were indeed letters which contained profound messages. You see, when two people have a friendship as deep and as close as the Rimonover’s and me, you don’t need to write out the words. We understand each other so perfectly well that all we need to do is read between the lines!”

Ethics of the Fathers tells us that we must “acquire a friend” (Avot 1:6). Everyone needs companionship. We need a person who understands us, with whom we can ‘let our hair down’ and communicate openly without any pretenses. We need someone we can turn to and talk about anything. We all need to think through the many challenges we face and a good friend helps us bring out the best within ourselves. As the Talmud states, “Either friendship or death” (Taanit 23a).

But, despite conventional wisdom, all we really need is but one true friend.

In high school, most teenagers feel the need to be popular, to be well-liked by numerous ‘friends’. When we’re young, we usually measure our popularity by how many ‘friends’ come with us to go bowling or to the pizza shop. We think that receiving numerous phone calls or IM messages means we have many friends. As we grow older, hopefully, we begin to realize that often the most popular kids are the least happy. The most popular people often fail to find that one true friend with whom they can talk heart-to-heart.

This is why the mishna does not say that we need to acquire “many friends” in the plural, but “chaver,” one friend. The goal within friendship is not to be popular and feel like we have numerous friends. The objective is to find that one good friend, the person I can deeply connect with. Sure, we must attempt to be friendly with everyone we come into contact with and greet everyone with a joyful face, but we must never feel that we can or should be everyone’s best friend. It just isn’t feasible.

As Henry Adams said, “One friend in a lifetime is much; two are many; three are hardly possible.”

Acquiring a true friend takes hard work. True friends never just fall into our laps; we need to invest much time and effort into acquiring and maintaining them. But gaining a true friend is an investment that is guaranteed to bring us supremely high returns to our portfolio of life.