Nothing But The Truth: Transparency And Teshuva 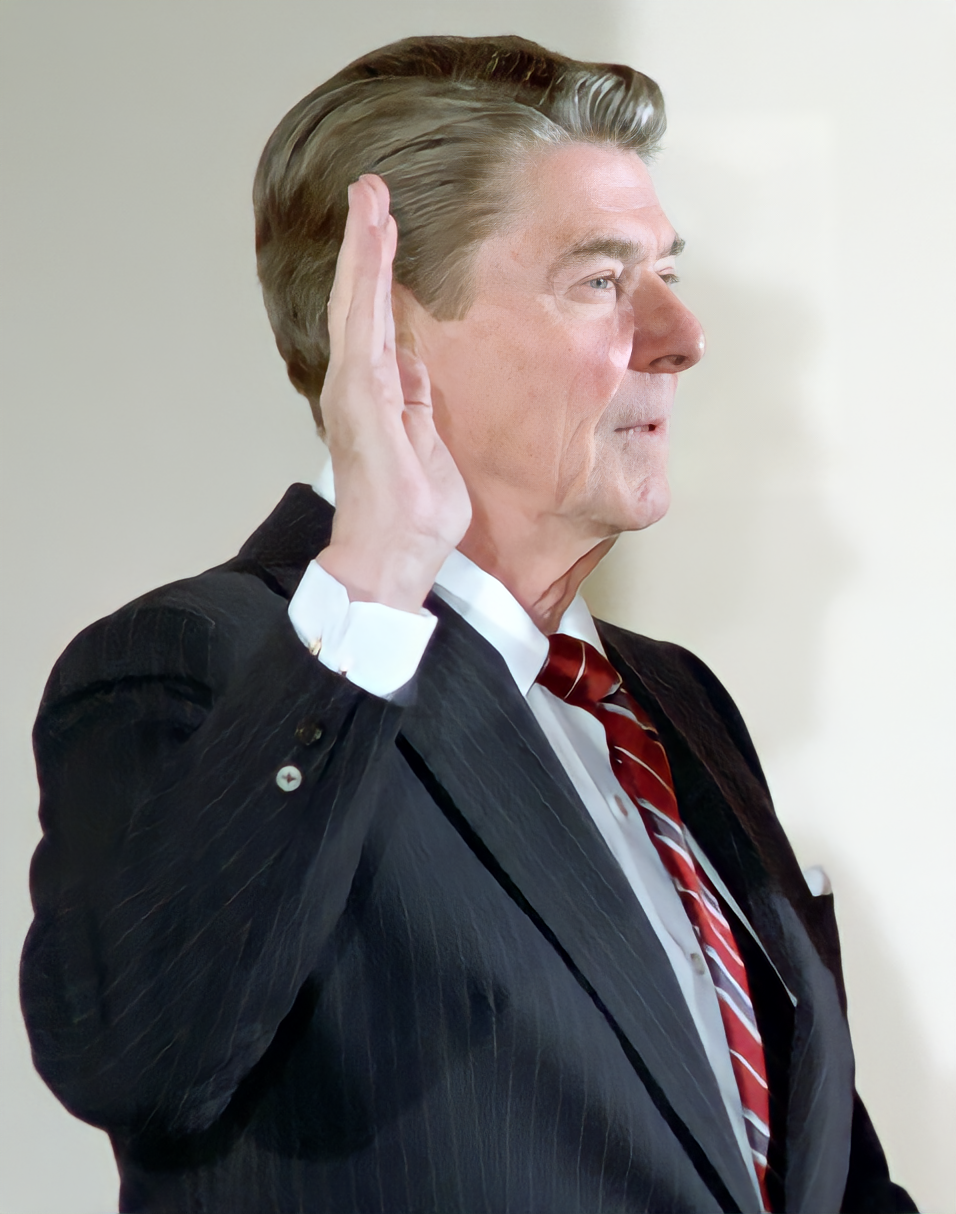 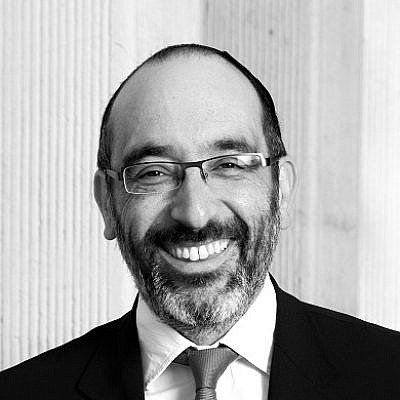 "The way we achieve the fourth element is through confession. (or in Hebrew, viduy) - which is simply a verbal expression to God of the errors of the past and our resolve for the future, and is something that requires real courage and honesty. The Sefer HaChinuch emphasizes the element of transparency - that God knows all and sees all, and that by verbalizing our wrongdoing, we are acknowledging our lives are an open book before our Creator."'

Integrity is a word we hear about often. We know it’s one of the highest compliments you can pay a person. And we all want to be regarded as people of integrity. When we picture someone with integrity, we think of a person who is upright, honest and honourable. But, what does it actually mean?

It’s an important question to answer because, according to the Talmud, one of the first questions a person is asked when appearing before the heavenly court after leaving this world is:

“Did you deal faithfully and honestly with others?” (Talmud Shabbos 31a)

Clearly, integrity is one of the most basic and important values we are expected to live by. But what is it?

On 4 March 1987, then US President Ronald Reagan addressed the American people from the Oval Office about the Iran-Contra Scandal. It involved senior government officials secretly facilitating the sale of arms to Iran, which was the subject of an arms embargo.

Taking full responsibility for his role in the affair, Reagan famously said:

“Now, what should happen when you make a mistake is this: you take your knocks, you learn your lessons, and then you move on. That’s the healthiest way to deal with a problem… You know, by the time you reach my age, you’ve made plenty of mistakes. And if you’ve lived your life properly – so, you learn. You put things in perspective. You pull your energies together. You change. You go forward.”

Unfortunately, this honest, unflinching admission of wrongdoing is often the exception rather than the rule. From Cambridge Analytica to the Panama Papers, Watergate and other scandals, public figures have been famously reluctant to admit the error of their ways.

And it’s a practice that goes all the way back to the beginning of human history. When God confronts Adam after he has eaten from the forbidden tree, his response is to avoid accountability:

Rather than accept personal responsibility and acknowledge his wrongdoing, Adam’s first instinct is to shift the blame.

In his commentary on this verse, the Sforno contrasts Adam’s response with that of King David – who, when he was confronted by the prophet, Natan, with regards to his sin with Batsheva, immediately responds:

King David openly admits his transgression and this declaration and verbal acknowledgment is an example of how we should respond when we realize that we have done wrong.

The Torah teaches us that we have the mitzvah of confession. The verse states, simply:

“If a man or a woman commits any sin… they shall confess their sin that they committed.” (Numbers 5:6-7).

The Rambam, in his Laws of Repentance, defines the process of repentance and sets out its various components:

The way we achieve the fourth element is through confession. (or in Hebrew, viduy) – which is simply a verbal expression to God of the errors of the past and our resolve for the future, and is something that requires real courage and honesty.

Why is verbal confession central to repentance? The Sefer HaChinuch emphasizes the element of transparency – that God knows all and sees all, and that by verbalizing our wrongdoing, we are acknowledging our lives are an open book before our Creator.

It’s obviously a multifaceted concept, but one essential expression of integrity relates to fulfilling the promises and commitments that we make. As Shammai, the great Talmudic sage, puts it:

This value of integrity encapsulated in the phrase “say little and do much” is connected to a network of values so essential to human greatness. One such value is the sanctity of speech and fulfilling verbal commitments.

In fact, the Talmud describes the human being as the medaber – the ‘speaker’. Speech is one thing that separates Man from other beasts, teaching us that speech is sacred, and by extension, so are the promises we make to others.

Rabbi Yosef Dov Soloveitchik has a different take. He compares confession, viduy, to the mitzvah of reciting the Shema, and of the mitzvah of prayer to God. All of these mitzvahs have a deep internal, emotional, spiritual and intellectual component, and yet all are made concrete and tangible through verbal expression which strengthen, give form and shape and make impactful the deep internal processes taking place. So to explain, the internal process of the Shema is to accept God as the Master of the Universe and to crown Him as king in our lives. That is a very deep internal process, which is given expression by the reciting of the words of the Shema.

Prayer is defined by our sages as the “service of the heart” – deep feeling of emotional and spiritual connection to God – yet this hidden aspect is made concrete and tangible through verbal expression using a siddur. By vocalizing the prayers, we reinforce, and give shape and form to, the deep internal processes happening beneath the surface.

In a similar way, the mitzvah of confession gives verbal expression to the deep internal psychological and emotional process of personal change and repentance. The words of the viduy help us articulate and concretize the deep feelings of regret for the past and resolve for the future.

Confession is also about repairing the damage our actions have caused, specifically to our relationship with God and with those we have wronged. The repentance process is about healing those rifts, and restoring our connection to the people we have hurt, and to our Creator. The Hebrew word for repentance is teshuva, which literally means “return”. Through teshuva, we return to that pristine state in which there was no distance or disconnect in our relationships.

The Rambam says when it comes to wronging other people, it is sometimes necessary to confess not only privately to God, but to make a public confession and apology to the people harmed, in order to rectify the damage. In addition to confession, we are also obliged to ask those we have wronged for forgiveness, in situations where we have caused harm to another. The Rambam further writes that the victim of our misdeed needs to act with compassion and graciously grant forgiveness, and in this way, the relationships that have been damaged by our wrongdoing can be fully restored.

When it comes to restoring our relationship with God, our confession is made before Him alone. The purpose, says the Maharal, is to help us restore our closeness to God, a natural state of being which is disturbed by our wrongdoing. Through the process of confession, we pour out our heart, and affect a deep, emotional reconciliation with our Creator.

Teshuva is an incredible God-given gift to restore that which has been broken. Our sages teach that through the simple act of taking responsibility, of doing teshuva – acknowledging and sincerely regretting our wrongdoings, desisting from them in the present, resolving not to repeat them, and confessing before God – we are given the opportunity to travel back in time and undo what has been done.

Through honesty, accountability and true humility we return to a point in time in which our relationships were undamaged, and we renew and reinvigorate our connection with God and with those around us. It’s a second chance, the gift of a new start, an opportunity to begin afresh so the future is not destroyed by the past – and so we can look ahead with fresh energy, new hope and optimism.