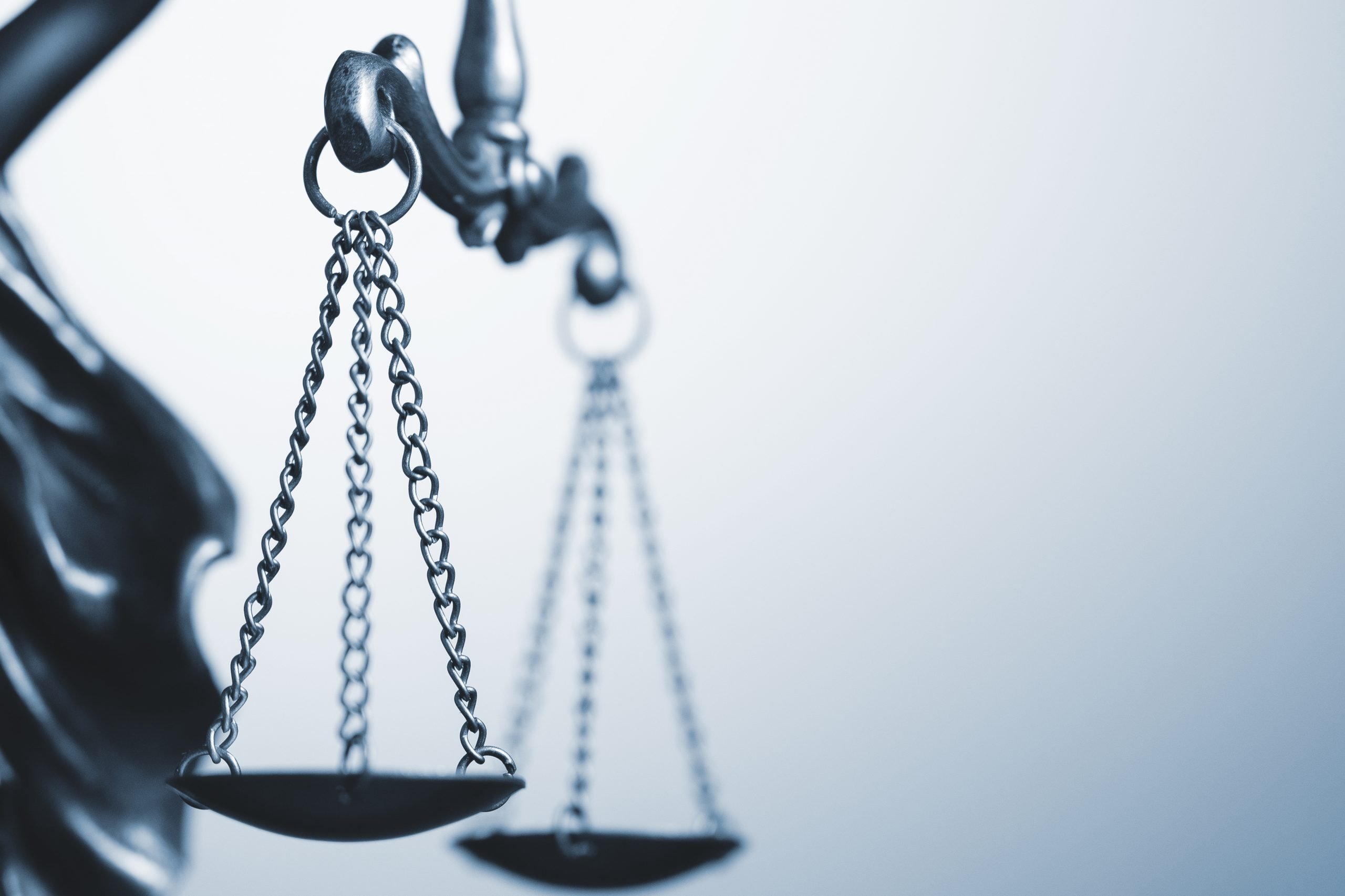 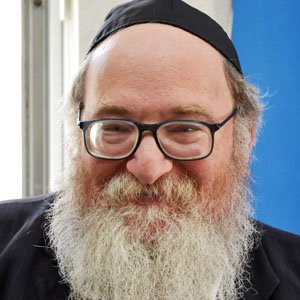 And if your brother is not near to you and you don’t know who he is, then you must take it into your house and it should remain with you until your brother seeks it, then you shall return it to him

Dealing honorably in business is the acid test for whether religion is truly relevant.

Many have a mistaken idea of what is within the scope of Jewish tradition. People know that lighting Chanukah candles, observance of Shabbat, laws of Kashrut, etc., are the purview of rabbis. But many have an attitude that “If I don’t tell the rabbi how to run his business, the rabbi shouldn’t tell me how to run mine.” Very often, we live fragmented, dichotomized lives where what we do in the office from 9-to-5 (or if you’re a workaholic, from 8-to-7) is our own private affair, and then at home we observe the holidays and rituals of Judaism.

The Talmud discusses the questions people are asked by God after their deaths. The very first question we are held accountable for — even before issues of religious practice — is “Nasata V’netata Be’emunah,” which means “did you conduct your business affairs ethically?”

Throughout the Torah, there is constant juxtaposition between ritual commands and the ethical obligations of one human being to another. One verse may say, “Don’t worship idols,” followed by, “Do not cheat, do not misrepresent, do not engage in fraud” (Leviticus 19). Dichotomy between ritual behavior and social behavior is foreign to Judaism, because they are all part of the same God-given morality, the same religious structure.

Business ethics is the arena where the ethereal transcendent teachings of holiness and spirituality most directly confront the often grubby business of making money, of being engaged in the rat race that often comprises the marketplace. It is the acid test of whether religion is truly relevant, or religion is simply relegated to an isolated sphere of human activity. It is business ethics, one could posit, above all, that shows how God co-exists in the world, rather than God and godliness being separate and apart.

YOUR MONEY OR YOUR LIFE

The answer, Rashi explains, is that some people prefer their money to their lives and, therefore, if the verse would simply say to “serve God with your life,” we wouldn’t necessarily infer to serve God with all our money. It’s like the famous Jack Benny joke; he’s approached by a mugger who says, “Your money or your life,” and he says, “Let me think about it a bit.”

What exactly is the concept of serving God with all your money? Certainly, God does not wish us to take oaths of poverty. God does not require us to renounce material wealth. So how does one serve God with money?

The short answer is: with the probity and integrity by which we amass those possessions. In the conduct of our business, in the accumulation of our wealth, there is also a mechanism to serve God.

On Yom Kippur, we spend an entire day beating our breasts, confessing our sins over and over and over again, and sometimes we don’t even know what we’ve done wrong. Maimonides tells us that we often fail to realize that every sin has many implications. For example, if you confess to God, “I’m sorry for the murders I’ve committed,” you might think, “Well I haven’t killed anybody.” Keep in mind, however, the Talmud says, that humiliating somebody publicly is tantamount to murder. There are all sorts of repercussions. Maybe I didn’t commit murder by shooting somebody, but perhaps I did not take the steps I could have as a member of society to reduce the crime rate.

After a whole day of beating one’s breast, we come to the end of Yom Kippur — the prayer of Neilah, the final moments of beseeching God. The Neilah confessional (viduy) is only a few short paragraphs. But the one thing it stresses is theft. We ask God to forgive us for the appropriation of other people’s property.

The Talmud supports the idea that monetary matters is an area of natural human weakness; that while only a minority of people commit sexual offenses, most people sin in matters of theft.

“Rav Yehuda in the name of Rav says, most people sin in the area of stealing.” (Bava Basra 165a)

This seems hard to understand – do most Jews go around stealing from others?! The Rashbam explains that the Talmud is not referring to outright stealing such as pick-pocketing or shoplifting. Rather it is referring to more subtle and insidious forms of stealing in which people justify that what they are doing is permissible. The Talmud may also include forms of ‘thievery’ that come as a result of sheer carelessness.

A classic example of carelessness is not returning borrowed items. It seems to be an all-too-common occurrence that people lend items out and never see them again! Unless the lender intends to forgive failure to return the item, this constitutes a form of stealing. Of course people do not purposely intend to steal, but such negligence surely stems from a lack of respect for other people’s property. Rabbi Yaakov Kamenetsky was a living example of how to act in this area. On one occasion he was filling in a ketubah (marriage document) and used the groom’s pen and forgot to return it to him amidst the hectic nature of the wedding. TWO YEARS later he met again with the pen owner and handed him the pen.

Why is the mitzvah of keeping honest weights and measures (25:13-16) specifically rewarded with long life? (Yalkut HaGershuni)

Rav Elazar Fleckeles explains based on the teaching of the Gemora (Sotah 9a) that God doesn’t punish a person for his sins until his “Heavenly cup” becomes full of sins. However, God judges people measure-for-measure, and somebody who sins by using inaccurate weights and measures runs the risk of having his Divine quota unfairly adjusted, which could result in him being punished prematurely. Only a person who is careful to use honest weights and measures will be guaranteed that God will treat him in the same manner, which will enable him to live a longer and fuller life.

The Torah has 613 mitzvot, one of which is Kedoshim Tiyu — “Be holy.” What does that mean? Doesn’t “be holy” simply come through doing the other 612? Or is there some extra dimension that this mitzvah entails?

The great commentator Nachmanides tells us that Kedoshim Tiyu is a requirement of a Jew not to just obey the letter of the law, but to obey the spirit of the law as well. Nachmanides posits that it is entirely possible for a person to be 100 percent observant, and yet be a “Naval Bi-reshut HaTorah” — a repulsive, disgusting individual within the confines of the law.

It is not enough to just obey the law. There is also the concept of “Lifnim Mishurat HaDin” — going beyond the law and embracing the ethical imperatives that are within that legal structure.

A Talmudic story illustrates this in the business context. The sage Raba Bar-Bar Chana once hired workers to transport barrels of wine. The workers were negligent, and as a result, the barrels of wine broke, causing the rabbi a severe financial loss. He took the workers to court, suing them for the value of the wine. The workers’ only defense was, “We are poor and can’t afford to pay you back.” The court ruled in favor of the workers.

Raba Bar-Bar Chana protested: “Doesn’t the law entitle me to compensation for their negligence?” The court said, “The letter of the law agrees with you. But as a righteous person, you have to take into account the particular fact that these are poor people. Therefore, you must go beyond pressing your exact legal rights.”

The story gets even better. In an ancient example of chutzpah, the workers turned around and sued for the wages they were never paid for that day. And again, astoundingly, the court ruled in favor of the workers. “These are people who need the money, and therefore you must go beyond the law.”

Torah teaches us to live in this world, a world that is a mixture of good and evil. And it’s a world where other people don’t always play by the same rules. But the test of a moral person is not whether he behaves morally when others are behaving morally to him. The test of a moral person is one who can adhere to those values even if everyone else fails to adhere to them.

One problem in American society is that too many are obsessed with asserting rights to the fullest. Alexander de Toqueville remarked over 200 years ago that Americans are a litigious society, that we go to court over the smallest drop of the hat. We’ve become a “rights-oriented” society rather than an “obligation-oriented” society.

Judaism teaches, above all, don’t always press your claims to the fullest. Deal with the other person in a spirit of tolerance, acceptance and compromise.