The Courage
To Search:
A Tribute To Rabbi Lord Jonathan Sacks, z"l 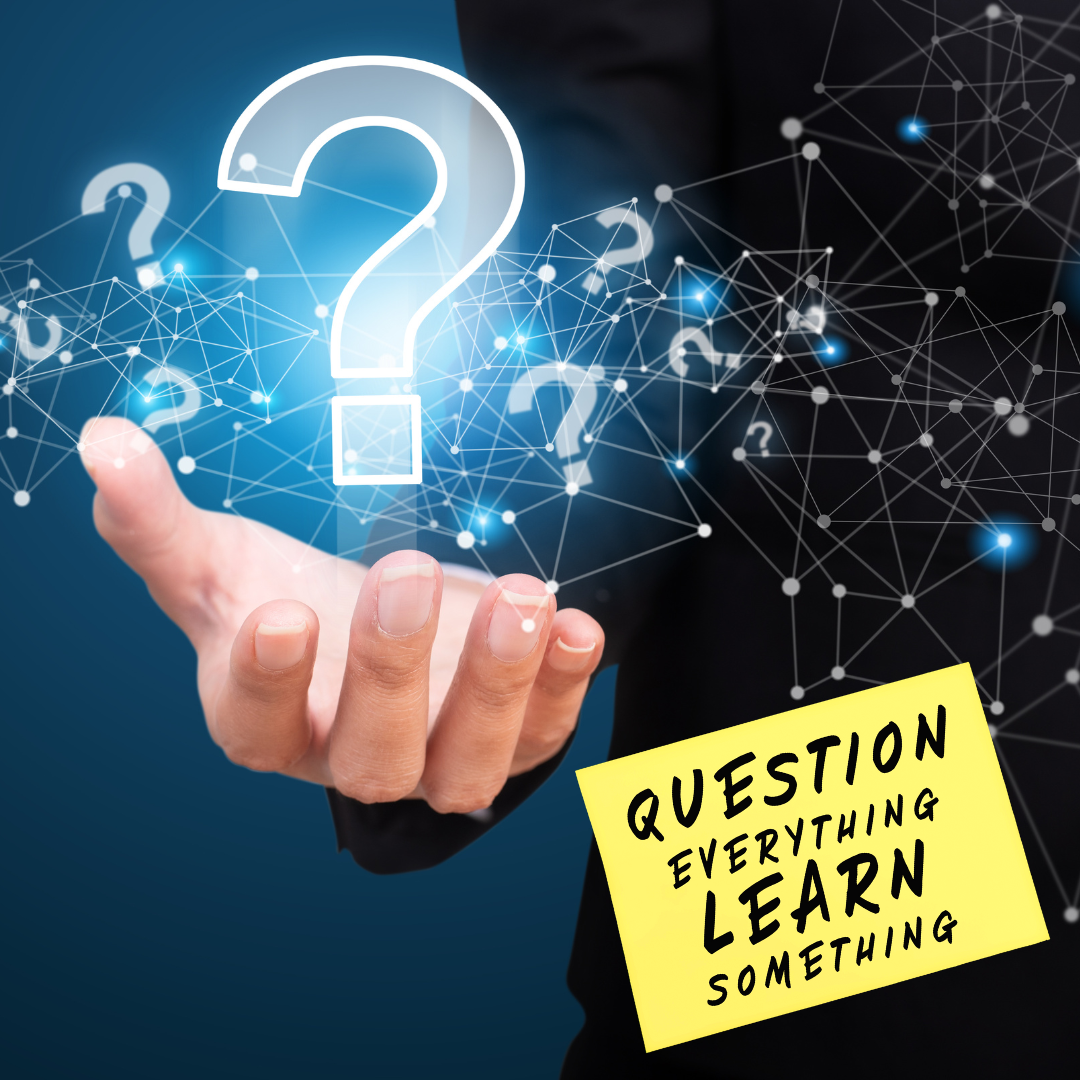 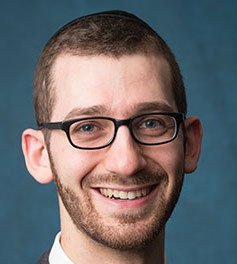 Rabbi Sacks did not just give me access to Judaism's core beliefs, he gave me access to myself. In his writings, I found the words that I could not articulate beforehand. He spoke to the hesitations I had about religion. He gave voice to my deepest hopes and dreams. He sparked a desire to probe further and delve deeper into my heritage and into myself. Rabbi Sacks taught me that “To ask is to believe that somewhere there is an answer...we ask not because we doubt but because we believe."

I never attended a single lecture of his. I was never a member of any of the many institutions he ran. I never even met him in person. Nonetheless, I consider myself a student of the late Rabbi Lord Jonathan Sacks. When I heard of Rabbi Sacks’ passing I still could not come to terms with it. I could not shake the empty feeling of loss.

Honestly, I did not expect my reaction. Since his death I have asked myself, why do I miss this man so much? I was not in contact with him. I mostly encountered him in his writings and youtube videos which I can still watch and read.

Why am I in so much pain?

And then I began to remembered what it was like to be a confused 18-year-old searching for someone to give me answers. I remember the fire that raged inside me when I simply could not make sense of my own Jewish identity. I remember the feelings of despair when I could not reconcile my faith with my deep sense of universal humanism. How could I believe the Jewish people were Chosen when I was raised to believe that all forms of racism and discrimination are evil?

Now I am in a different place. I have spent over a decade intensively studying Torah. I still have questions. But I ask them from a different vantage point. At some point in my journey I realized that to search is not the same as being lost. I no longer feel like an outsider who is challenging Judaism. Today, I am an insider searching within Judaism.

What made the difference? What shifted my perspective?

About ten years ago, someone lent me a book, To Heal A Fractured World by Rabbi Jonathan Sacks. In this book I found something I did not find anywhere else. I found someone who spoke to me. In his beautiful and personal prose, Rabbi Sacks argued passionately that Judaism, correctly understood, is meant to engage with the world. It is meant to heal an ever so fractured and disjointed world. The fundamental beliefs of the Hebrew Bible form the bedrock of the very values I was so loyal to. Concepts like collective responsibility, inherent human dignity, and social justice, were first born in the Hebrew Bible. Equipped with these beliefs, Jews are meant to move the world from where it is, to where it ought to be.

Rabbi Sacks did not just give me access to Judaism’s core beliefs, he gave me access to myself. In his writings, I found the words that I could not articulate beforehand. He spoke to the hesitations I had about religion. He gave voice to my deepest hopes and dreams. He sparked a desire to probe further and delve deeper into my heritage and into myself. Rabbi Sacks taught me that “To ask is to believe that somewhere there is an answer…we ask not because we doubt but because we believe” (Jonathan Sacks Haggadah, p. 106).

Years went by. I kept studying, praying, and asking. But now with a new hope and new courage. However, I still had doubts. In my third year studying in yeshiva in Israel, I was at a crossroads in my life. Should I throw myself fully into my Jewish studies, committing to a life in which religion would take the front seat, or perhaps there were just too many insurmountable questions for me to make such an investment?

It was clear what I must do. I must speak with Rabbi Sacks. But how? Here I was a young Yeshiva student studying in Israel. Would the Chief Rabbi of England, perhaps the most sought after public Jewish figure in the world, have time for me?

On July 24, 2013, doubtful of my chances, I wrote to Rabbi Sacks about my stand-still between my faith and morality. And waited. Lo and behold, about a week later, I received an email from the office of the Chief Rabbi. Rabbi Sacks wrote a 3-page response giving encouragement, validating my quandary, and offering answers. He emphasized that God does not want us to silence our own independent moral sense, which He placed within us when He made us in His image.

However, more than his answers, it was his reassurance that my heart was in the right place that mattered most to me. While my specific dilemma was about the commandment to destroy Amalek, and its challenge to my own sense of morality, I realize now I was asking him something much deeper. At the time, it did not occur to me that I was really asking him if I should take the next step on my religious journey. I believe Rabbi Sacks understood what was behind my question. That is how he gave me the strength to continue my search.

Seven years later, I am an ordained rabbi. I continue to learn and to teach others Torah. I have had many inspiring rabbis and teachers to whom I credit with much of my growth. But Rabbi Sacks gave me something unique that I will always keep with me. At a time of confusion, he gave me the courage to keep searching. He taught me that “Faith is born not in the answer but in the question, not in harmony but in dissonance” (Radical Then, Radical Now, p. 54).

More than the answers I have found, perhaps it was my questions which contributed most to my development. ” Looking back, I believe it was the sense of urgency my questions gave me that propelled me forward. They forced me to take my life and Judaism seriously.

Although he is no longer here, I still hear his voice saying, “Faith is not certainty but the courage to live with and for God in the presence of uncertainty and to hear the voice of God even in the heart of the whirlwind” (Crisis and Covenant, p. 41).

Perhaps this is why Rabbi Sacks’ sudden passing was so difficult for me. I wish I could tell him what he meant to me. I wish I could tell him how one email he sent to a young yeshiva student changed that student’s life forever. But most of all, perhaps I relied on Rabbi Sacks more than I realized. I have always been a questioning person. Today, I ask my questions as an insider. But I still don’t have all the answers. It was Rabbi Sacks who gave me a reason to believe that I will find them.

Rabbi Lord Jonathan Sacks was Chief Rabbi of the United Hebrew Congregations of the Commonwealth for 22 years. He taught and spoke all over the world, with appointments at King’s College London and at New York University Yeshiva University in the U.S. and other educational institutions world wide. Knighted by Queen Elizabeth in 2005 and made a life peer in the House of Lords in 2009, Rabbi Sacks was one of the world’s deepest thinkers on religion and the challenges of modern life. He died on November 7, 2020, after a short battle with cancer. 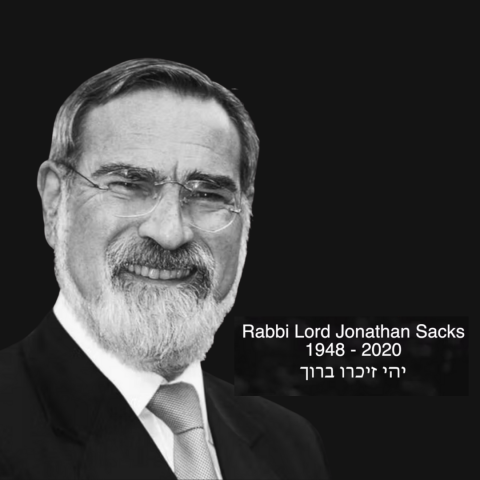